We first fell in love with the house after we started digging into the history of the builder and the quality of construction he insisted go into the home at the time it was built.

John T. Wilder was a jack of many trades and best known for his time as an Union Colonel during the Civil War.   He had a dedicated relationship with his wife, Martha.  Documented letters he sent her during the war have been preserved.   It was common at that time that men sheltered their wives from the true horrors of the battle field.  In this letter dated April 16, 1862 he describes the Battle of Shiloh

At first, he tells her that he won’t tell her about the “awful destruction on the battle ground,” but he goes on to provide chilling details:

“There was just about two rebels for each one of ours – probably about 9,000 in all dead – hundreds of trees shivered to splinters, gun carriages torn to bits, dead horses by the drove, heads, arms, legs and mangled bodies strewn around, all combined to make up a picture of horrors… You cannot imagine how little value one puts upon human life after riding among such scenes for days, as I have, in tracing roads, placing Pickets etc.

It is late & I must close, as we get up at 4 every morning and form a line of battle to prevent any surprise at daylight. Good Bye, remember me to all. As ever, your true husband.”

John led his infantry the ‘Lightning Brigade’ to victory at the Battle of Chickamauga by acquiring the Spencer Repeating Rifle, a weapon he offered to personally source for his men until the government stepped up and provided the updated rifle.  It has been attributed to successes from this battle forward in the final years of the Civil War.

As an inventor and developer he was always pushing innovation and in the process became one of the South’s leading industrialists.  He built a host of iron making and railroad-related manufacturing facilities in the East Tennessee area.  Including the Roane Iron Works Co., an anchor for the founding of Rockwood.  It became the largest and most successful mine in the South, at one time turning out one hundred tons of railroad iron a day and employing over a thousand workers

He moved from Roane County to Chattanooga, opening Wilder Machine Works.  Shortly thereafter he was voted in as Mayor.  His term was cut short but in the one year period he established the free school system in Chattanooga. He also established the Four Mile Law which prohibited the establishment of any saloons or liquor stores within four miles of an iron works or school.

Seeing a lack of higher education in the area, Wilder went in with 27 others to fund the foundation of the Chattanooga University [now UT-Chattanooga].

Seeking development opportunities elsewhere, Wilder moved to Johnson City and built the Cloudland Hotel which straddled the state line between Tennessee and North Carolina.   He went on to construct the Carnegie Hotel which has since been destroyed.

He moved to Knoxville, Tennessee, in 1897 after receiving an appointment from President William McKinley as a Federal pension agent.  His wife Martha had died 5 years prior.

John was admitted to the hospital in 1904 at age 74 for a treatable ailment.  Dora Lee was assigned to him as his private nurse.   It is rumored that he was attracted to her youth and her, his wealth.  Her goals to propel her career forward required funding and John’s millionaire status could do just that.

Dora Lee studied medicine at the University of Tennessee Knoxville and was the first female to pass the state’s medical exams and went on to become the first female doctor in the Upper Cumberland area.

John and Dora had a home in Fort Sanders, a residential area adjacent to the university.  In 1904 they build the home we are renovating on Riverside Drive as their summer home and retreat.  I like to image them in their horse drawn buggy making the 3 mile journey.

At age 74, John saw this home as one of the last of his life to build.  He used his rich background in building and development to design and construct a home of the highest quality.  The nearly 1000sf front porch was perfect for his young, age 29, wife to entertain.

He died in Jacksonville, Florida, aged 87, while on his annual winter vacation with Dora Lee, and was returned for burial in Forest Hills Cemetery in Chattanooga with his first wife, Martha Jane Stewart.  A monument in his honor can be visited at the Chickamauga Battle ground in Chattanooga. 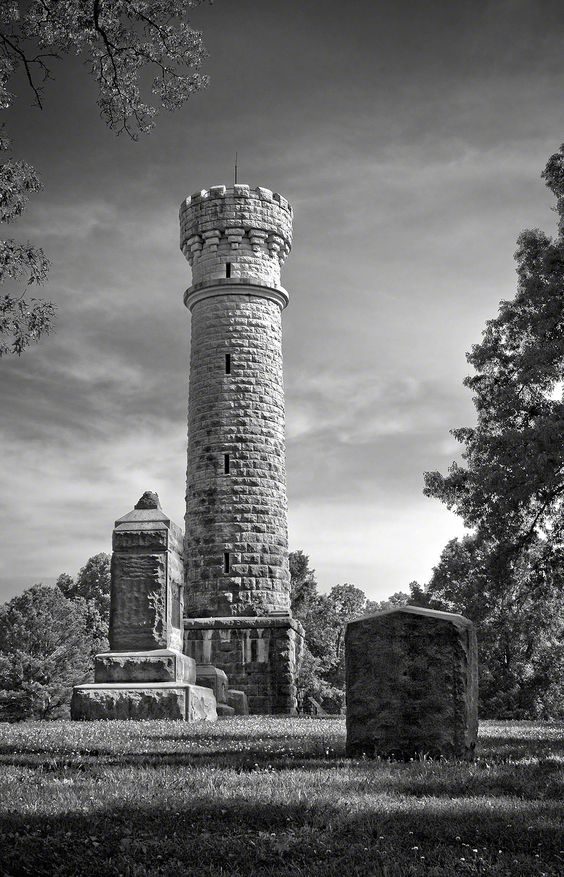